OF THE Lindauer Hof

The Lindauer Hof has a long tradition of hospitality. 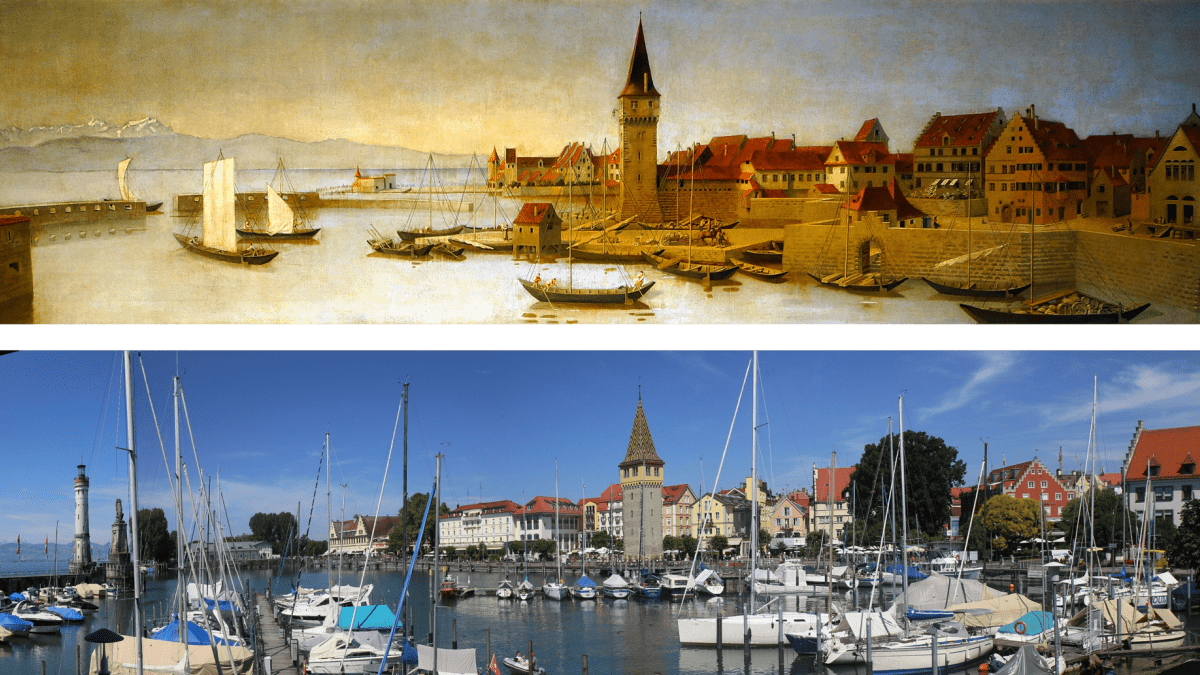 The Free City of Lindau

Linked to the mainland by a bridge since the Middle Ages, the Free City of Lindau was founded on an off-shore island in the eastern part of Lake Constance. Strategically located at the meeting point of several important routeways, Lindau developed into a major centre for trade, and dealt in grain, salt, canvas and speciality wines. Key to its importance were the routes to Italy, with the lake providing good connections to Venice, Milan, Genoa, Nuremberg and Frankfurt.

The Lindauer Hof was documented as a granary as far back as the 13th century. Originally
consisting of two buildings, goods from trading vessels were stored here.

In the year 1920 Jakob Stoffel bought the building for 23,000 gold marks, and left it to his daughter Christine Rhomberg, who began welcoming guests to the Lindauer Hof.

In 1975 Karin and Gert Wimpissinger bought the hotel and cafe.

Since then much money and effort has been invested, with the hotel undergoing a lot of alteration, restoration and renovation! All the rooms have been completely freshly designed, insofar as the existing conditions permitted. Spacious junior suites were incorporated into the attic area; on the first floor a panorama terrace was built offering wonderful views of Lindau harbour, the lighthouse and the Bavarian lion. A conservatory was also added.

In the year 2016 the purchase of a neighbouring “granary” building enabled further extension of the Lindauer Hof, with the addition of 6 tasteful rooms and suites plus a conference room offering state-of-the-art technological facilities.

At the beginning of 2019 the conservatory was redesigned and the atmosphere further enhanced, enabling it to accommodate group events of up to 50-70 people.

Since the beginning of 2020 management of the hotel has been taken over by our two daughters, Ulrike Sander- Wimpissinger and Claudia Kampfmeier, who are just as committed to the hotel policy of continued improvement to ensure our guests have a wonderful stay!

Discover the comfortable rooms and suites in the Lindauerhof and you cannot fail to choose a break here on Lake Constance.

Discover the Lindauerhof and let the Lake Constance region work its magic and inspire you to take a break here. Take a look at the picture gallery.

There are 5 very good reasons for spending a holiday in the Lindauerhof on Lake Constance – find out more.

Discover the special offers and packages at the Lindauer Hof and choose your perfect holiday on Lake Constance.

Super location with views of the harbour. The rooms are spacious. The service is very good, especially at breakfast and in the restaurant, where special requests were handled with friendly willingness.

In order to give you a better service we use cookies. By continuing to browse the site you are agreeing to our use of cookies.