Our region, straddling the borders of 4 countries, is full of wonderful castles and magical palaces, mysterious monasteries and imposing churches. 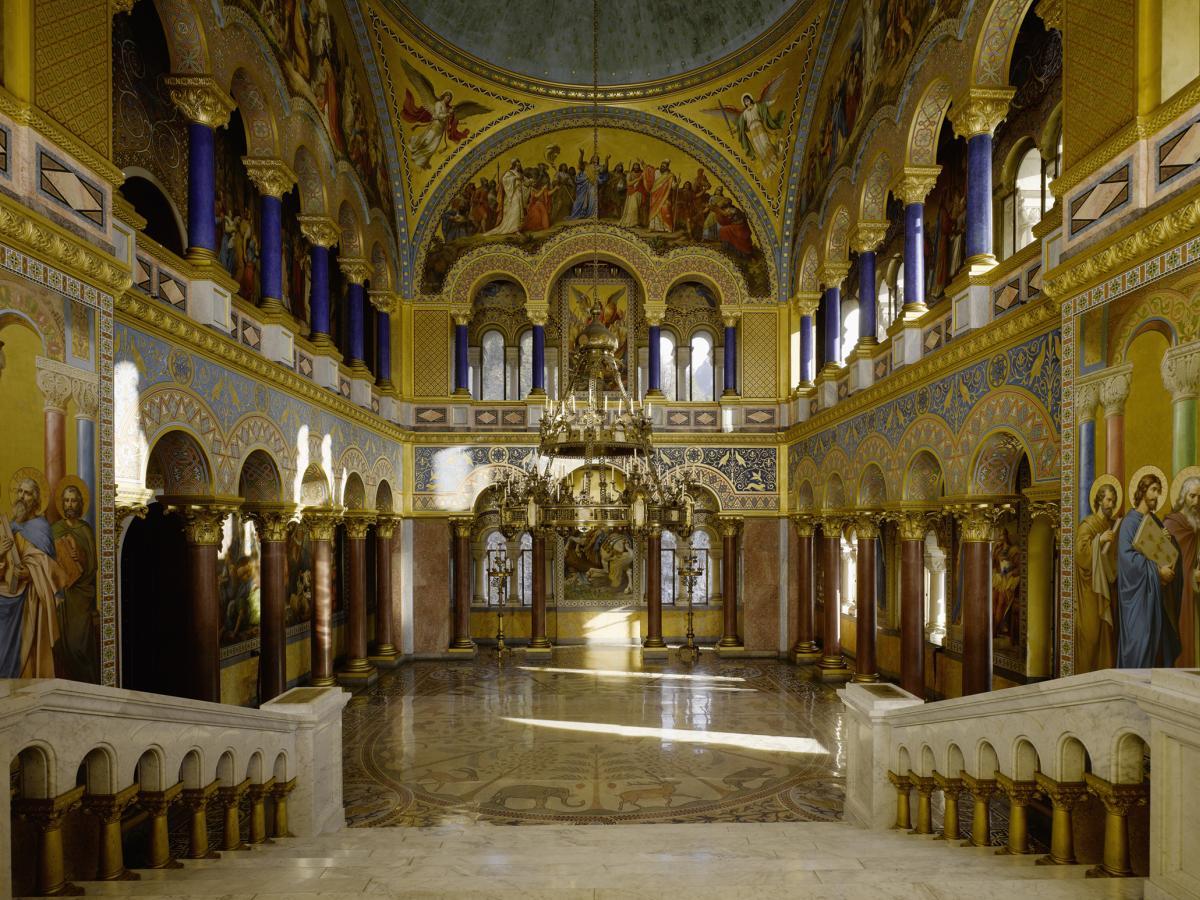 Built on a craggy mountain outcrop and dating back to 1869, King Ludwig II’s well-known castle clocked 70 million visitors up to the beginning of 2020. In spite of current restoration work and conservation studies, which are scheduled to continue until 2023 with a view to preserving the magnificent interior, all the rooms are still open to visitors. 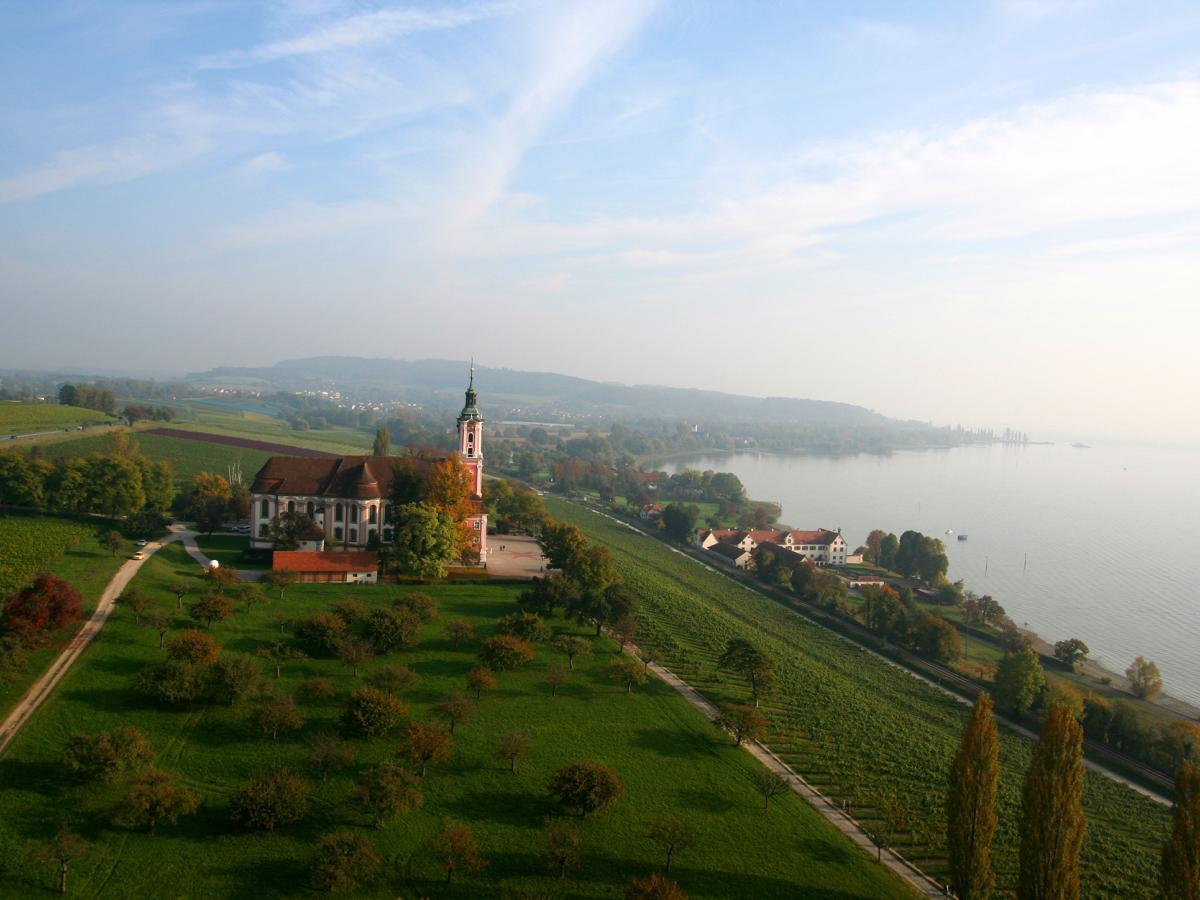 The pilgrimage church of Birnau 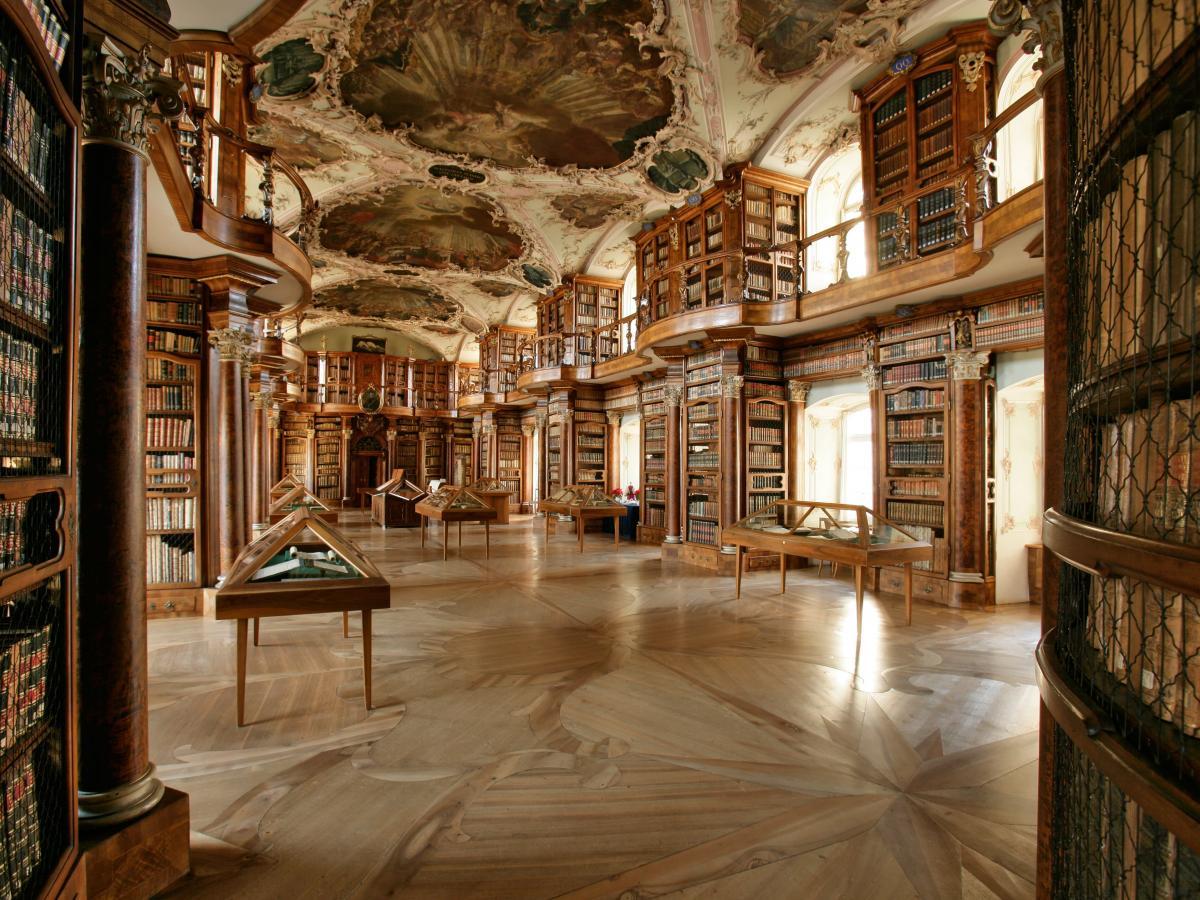 The abbey library in St. Gallen, one of the oldest monastery libraries in the world, is synonymous with the St. Gallen abbey precinct, a designated UNESCO World Heritage site.

Its exceptionally valuable collection of books manifests the development of European culture, as well as documenting the cultural accomplishments of St. Gallen’s monastery from the 8th century right through to the abbey’s dissolution in the year 1805.

Fundamental works on European ecclesiastical history, which have been solicitously handed down through the ages, are stored here for safekeeping. As a result of this, UNESCO decided in 1983 to include the St. Gallen abbey library, together with the entire abbey precinct, in its list of World Heritage Sites. The undisputed jewel in the collection is the mainly indigenous corpus of manuscripts dating back to the time of Charlemagne and the Emperor Otto in the 8th – 11th centuries AD.

The abbey church is one of the last religious monumental edifices to be built in the late Baroque era. 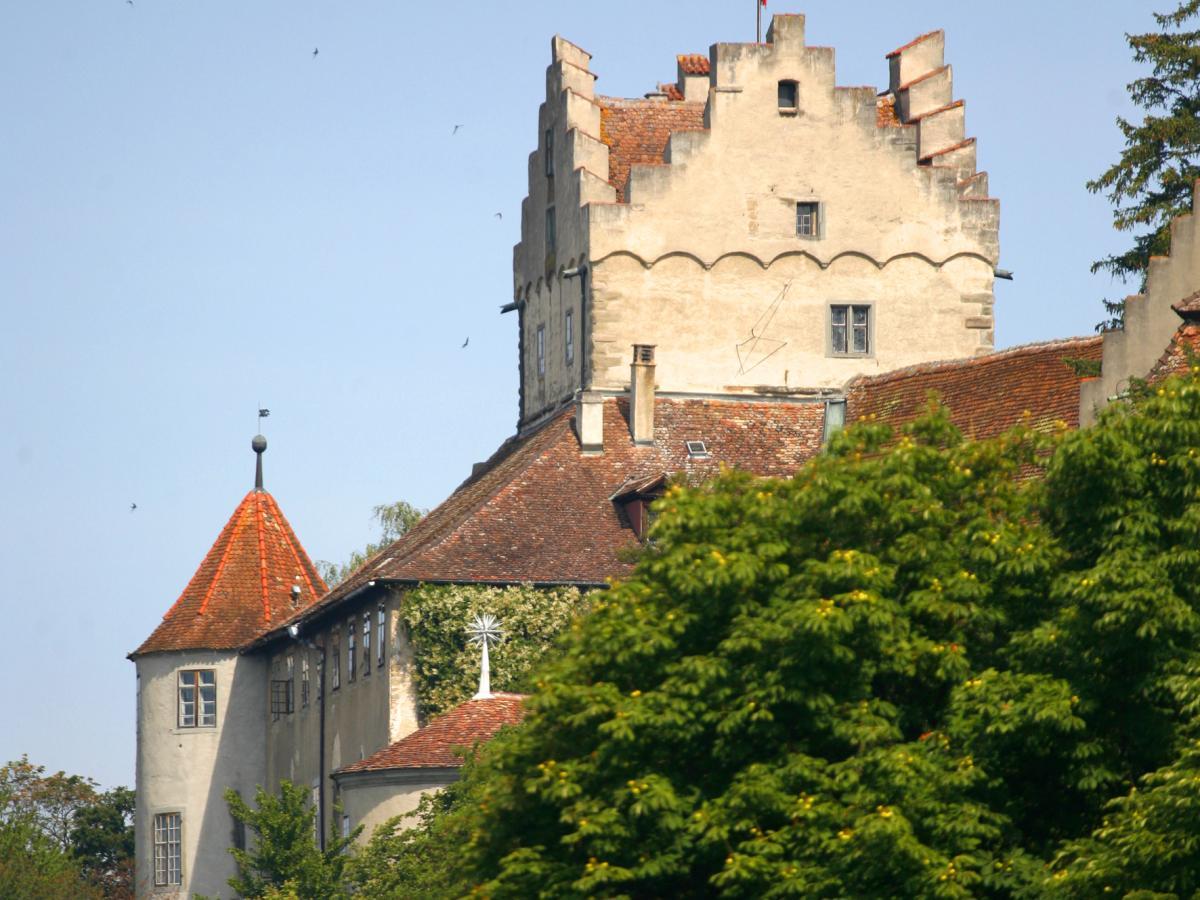 Meersburg castle towers high above Lake Constance, a real landmark dominating the surrounding countryside. The ancient castle, the new palace and the excellently preserved town with its surrounding vineyards all combine to ensure that a visit to Meersburg is a really memorable one.

Even as early as the 15th century the Meersburg was already a long-established defence work from a bygone age. If ancient legend is to be believed, the founding of the castle dates from as far back as the 7th century.

The ancient Meersburg castle, already open to the public at the end of the 19th century, is doubtless one of Lake Constance’s main attractions. Visiting the castle and museum takes you back in history – Germany’s oldest castle has many a tale to tell. 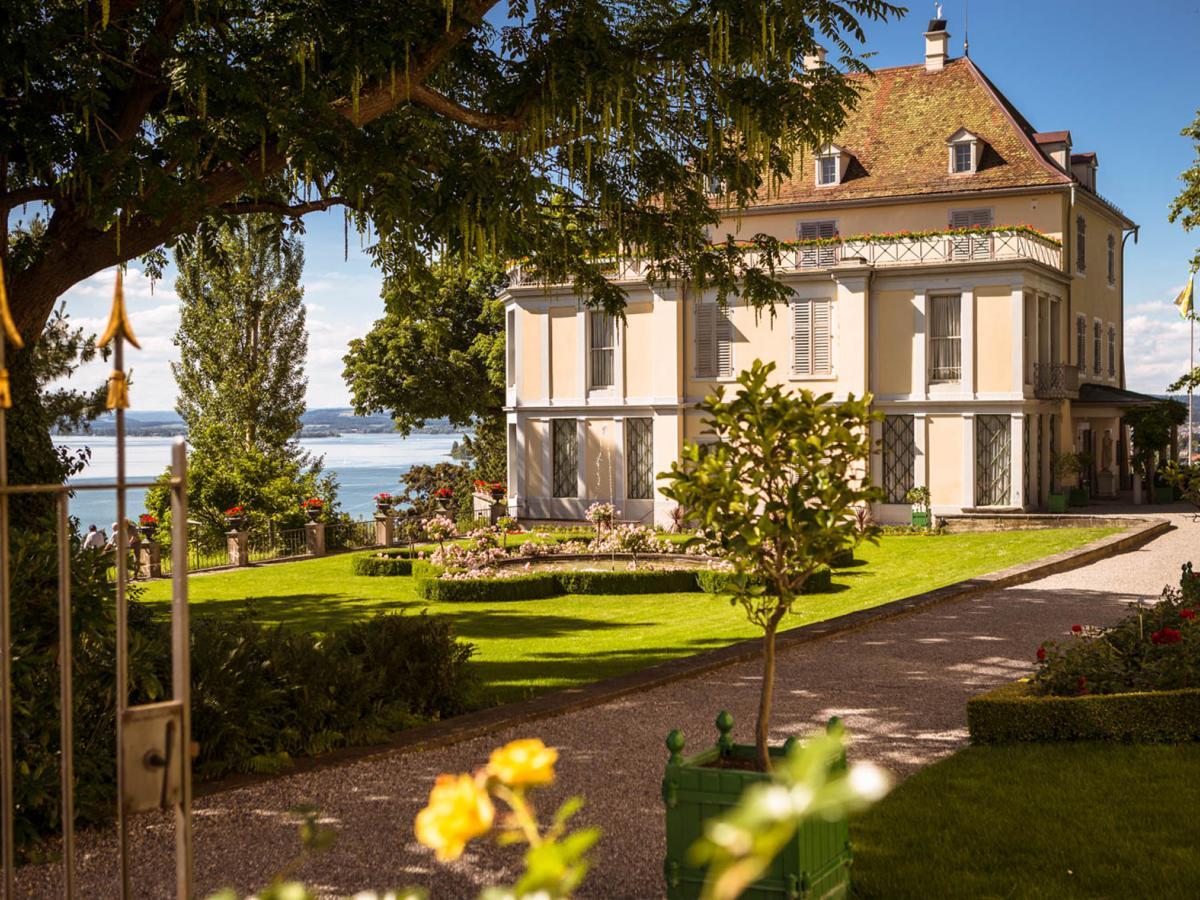 The loveliest castle on Lake Constance! Founded in the year 1906, the Napoleonic museum is the only German-language museum dedicated to Napoleonic history. It covers events from the period of the French Revolution right through to the time of the First World War. By the way – Napoleon III spent his childhood here!

Records prove that there has been an east-west orientated palace complex on the hill (nowadays known as the Arenenberg) between Ermatigen, Mannenbach and Salenstein at least since the middle of the 15th century.

Arenenberg was an “Estate of Konstanz”, which meant that it was owned by a number of aristocratic families who had settled in the Thurgau region. In 1817 Johann Baptist von Streng sold his family seat to Hortense de Beauharnais, who was staying in Konstanz.

Salem castle is one of the leading cultural monuments in southern Germany, and one of the most popular tourist destinations on Lake Constance. Accompanied by a specialist guide, visitors hear gripping anecdotes taken from over seven centuries of cultural history.

As the oldest Cistercian monastery and the richest Abbey on Lake Constance, it is difficult not to think of Salem in superlatives. The imposing ensemble, composed of medieval church and Baroque monastery buildings, represents one of the region’s most outstanding cultural monuments.

In certain parts of the monastery it is still possible to find evidence of how the Cistercians would have lived in earlier times. The monastery museum, stables, fire engine collection, smithy, wine press and distillery all offer a unique insight into the history of Salem, from the Middle Ages right through to the Baroque era.

In order to give you a better service we use cookies. By continuing to browse the site you are agreeing to our use of cookies.